From the Linux and Unix Users Group at Virginia Teck Wiki
Jump to: navigation, search 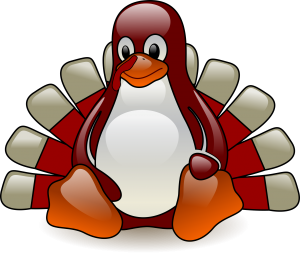 The Linux and Unix Users Group at Virginia Tech (VTLUUG or "the LUUG") is a special interest registered student organization dedicated to improving the computing skills of its members, supporting Linux and Unix use on campus, and serving the community through free information. 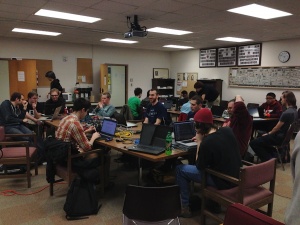 InstallFests have been the main event of the LUUG for many years. Generally, one a semester is hosted. Turnout in 2009 averaged around 15 participants. The only necessary preparation for attendees is to back their data up and bring their computer and power cord. Volunteers generally bring power strips, Ethernet cables and switches, external CD drives for netbooks, and sometimes other equipment such as monitors to lend to attendees.

The LUUG has held introductory Linux courses from time to time. Generally, there are two distinct approaches, sometimes held on different days. On one occasion the speaker will focus on beginner-friendly graphical user interfaces and the other, he or she will concentrate on the power of the *nix commandline.

In November of 2009, the LUUG co-hosted with Free Culture an OSM mapping day for the first time. Prizes were donated by Qualcomm and O'Reilly and the event was made possible in part by the advice and support of Peter Sforza from the Center for Geospatial Information Technology. Around 15 people showed up. Footpaths on campus, businesses in the University Mall and roads and parking lots around The Village and Terrace View were added to the map. Since that first mapping day, the LUUG has continued to hold about one mapping day a semester, with variable turnout and different tasks such as importing data from the Town of Blacksburg.

The LUUG has co-hosted Software Freedom Day in the past.

The Linux and Unix Users Group at Virginia Tech Wiki (LUUUG Wiki) is a repository of free information. It is run by the Linux and Unix Users Group leveraging MediaWiki software. Like Gobblerpedia, anyone can add to and edit it. The annoyingly long name is a means to optimize for search queries involving "Virginia Tech" while staying within registered student organization naming guidelines.

The LUUG Wiki was used between 2009 and 2011 as a staging area for non-technical material that has since been moved to Gobblerpedia. While the idea for Gobblerpedia was born from discussions of the Free Culture student group, a good deal of crossover in membership between FC@VT and the LUUG meant that there was little hesitation to begin work using the latter's existing infrastructure.

The current instance of the LUUG Wiki uses templates from the LUUG-created Uniluug project where possible. The Uniluug project was founded to share the work of updating instructions, such as how to connect to wireless networks like VT-Wireless, when new versions of software are released.

Below are some blogs belonging to past and present members of the LUUG or related to computing and Virginia Tech.